This 447-page book contains eight generations of the descendants of Lorenzo Suarez de Longoria and Ana de Salazar. He was born in Oviedo, Asturias, Spain and entered el Nuevo Reino de Leon (Nuevo Leon) in the 1620s. Lorenzo Suarez de Longoria is considered to be the progenitor of the Longoria last name in Coahuila, Nuevo Leon, Tamaulipas, and Texas. This book contains information from the 1600’s to the mid 1800’s.

In July 21, 1665 he made a will where he stated that he was the legitimate son of Alonso de la Fontiaga and Ines de Valdes. He married Ana de Salazar the daughter of Pedro Salazar and Isabel de Quintanilla.

Don Israel Cavazos Garza, in his book Diccionario Biografico de Nuevo Leon, states that Lorenzo was “Alcalde Mayor” of Saltillo in 1616 and that he was also an early settler of Nuevo Leon who served in many public positions.

Lorenzo Suarez de Longoria died after July 21, 1665 and one can assume with certainty that he was buried at the Convent of San Francisco in Monterrey. I say assume because on his will he stated that she wished to be buried there. 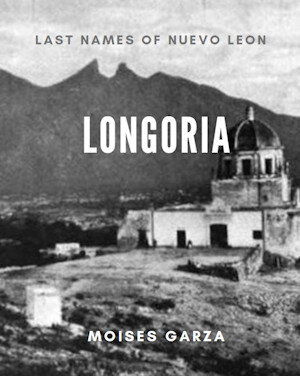