He was born in Mexico City in 1633 and entered El Nuevo Reino de Leon (Nuevo Leon) in 1659. Ignacio Guerra Cañamar is considered to be the progenitor of the Guerra last name in Nuevo Leon, Tamaulipas, and Texas. This book contains information from the 1650's to the 1880's.

Noted historian Don Israel Cavazos Garza states in his book, Diccionario Biografico de Nuevo Leon, that Ignacio was a soldier and then Captain of the Presidio of Cerralvo. He was also procurador de cabildo for the city of Monterrey in various occasions and commissioner in 1668. Serving as mayor in 1671 and regidor in 1676 and 1678.

As a soldier he participated in over twenty campaigns to help pacify the region. He died in Monterrey, December 7, 1701.

To recap, this book contains seven generations of descendants of Ignacio Guerra Cañamar and his wives Maria de la Garza Cavazos and Maria Catarina Fernandez de Tijerina. You can use the button to your right to buy this book today on Amazon. 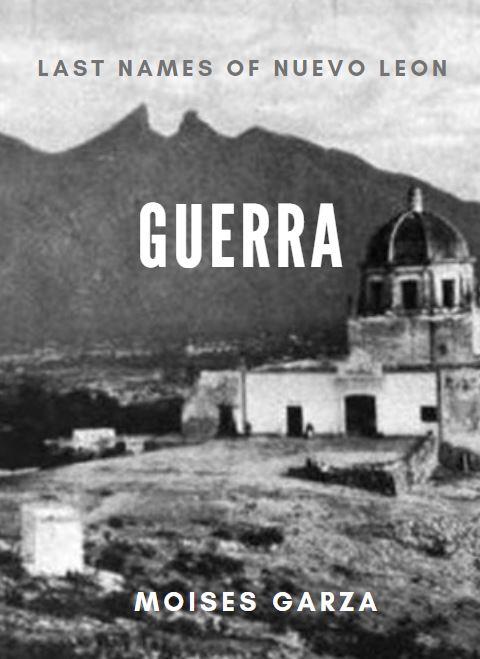