This 505-page book contains eight generations of Elizondo focusing on the descendants of Francisco de Elizondo and Beatriz Gonzalez de Paredes. Francisco was born in 1633 in Mazapil, Zacatecas. His children, Pedro, Maria and Thomas entered El Nuevo Reino de Leon (Nuevo Leon) by the late 1600s. They are considered to be the progenitors of the Elizondo surname in Coahuila, Nuevo Leon, Tamaulipas, and Texas. This book contains information from the 1630s through the early late 1800s.

The parents of Francisco are Francisco de Elizondo Urdiñola and Magdalena de Aguilar who were from Mazapil, Zacatecas.

Francisco was married three times, the first time to Juana Muños, the second to Melchora, and finally to Beatriz Gonzalez de Paredes. This book focuses on the descendants of his third marriage. Francisco and Beatriz married in the early 1670s, she was the daughter of Juan Gonzalez de Paredes and Maria Olea Camacho.

It is unclear if Francisco ever came to El Nuevo Reino de Leon but his three children did and that is why he is considered to be the progenitor of the Elizondo surname in northeastern Mexico. 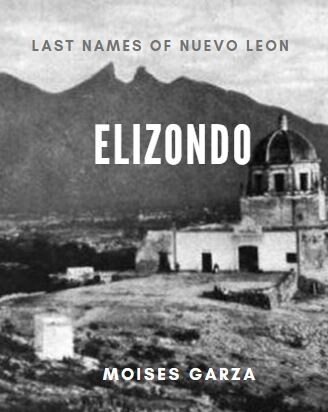